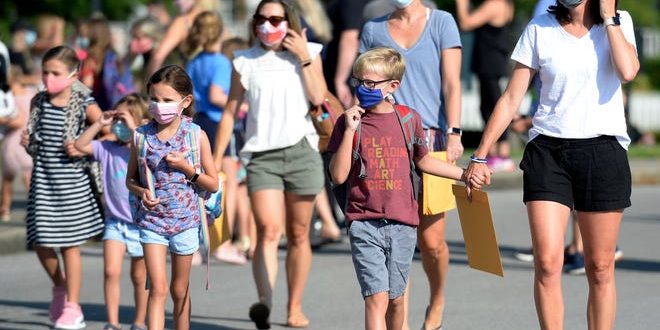 The group opposes the mandate, which requires children to wear a face covering during in-person schooling.

The plaintiffs argued that the school district does not have the authority to mandate face coverings since school districts are governed by the State Board of Education and the Tennessee General Assembly.

Neither the state board nor the legislature have issued school mask mandates and the only health regulation granted to school districts by the General Assembly is the ability to require a child or employee to see a doctor if they might have a communicable disease, the complaint said.

The plaintiffs’ children have not been sick, the complaint said.

Franklin parent Gary Humble, founder of Recall Williamson, is also named as a plaintiff in the lawsuit, along with Williamson County parents Tony and Heather Bates and mom Chelsea Gilbert, as parents of minor children. Recall Williamson is part of the Citizens for Limited Government and Constitutional Integrity, a Tennessee nonprofit founded by Humble, which is also named in the lawsuit.

The Recall Williamson Facebook page references how masks, according to some sources, can be harmful to children’s physical, social and emotional well being.

Humble and the Bates’ removed their children from WCS because of the mask mandate.

The complaint also argued that children have the right to a free public education and equal opportunities, according to the Tennessee Constitution, Article XI, 12, which plaintiffs said the mask mandate violates.

“Thus in denying students the opportunity to attend in-person classes based solely on their failure to abide by WCS’ unlawful mandate, WCS denies its students substantially equal education opportunities available to other students in the state,” the complaint said.

Other school districts across the state, such as schools in Maury County, do not require students to wear masks.

WCS families, who are uncomfortable returning to school for any reason, including mask requirements, were given the option to participate in the WCS Online Program. The district also offers mask exemptions for children with health issues and other circumstances in which a mask would not be appropriate.

The complaint also claimed that Gov. Bill Lee did not have the authority under the state constitution to give local governments the power to mandate masks. Williamson County Mayor Rogers Anderson issued a mask mandate for the county but lifted it after school commenced.

Humble created the Recall Williamson Facebook group, which has over 1,400 followers, in July after the Williamson County School Board voted to require students to wear masks as part of its reopening plan.

The group, at first, tried to recall members of the Williamson County Board of Education this summer, but a court ruled that the action would be in violation of the Tennessee Constitution for a county the size of Williamson County.

A similar lawsuit by parents originated in Coffee County. Williamson parents then banded together and eventually filed the current lawsuit in chancery court on Friday. Humble called for donations to fund the lawsuit up to $12,000 — a goal which has been exceeded, Humble confirmed.

The plaintiffs seek declaratory judgment that the WCS mask mandate denies students a free and equal education and that the mandate is unlawful, among other judgments.

The complaint was submitted by Murfreesboro attorney Jeremy Parham.

Kerri Bartlett covers issues affecting children, families, education and government in Williamson County. She can be contacted at kbartlett@gannett.com, 615-308-8324 or @keb1414 on Twitter.